ABOUT US
OUR NEWS
LAND
MGH TV
OUR POLICIES

HOMES FOR SALE
OUR LOCATIONS

Northampton
Surrey
Aylesbury
Oxshott
Upper Caldecote
WHY BUY WITH US 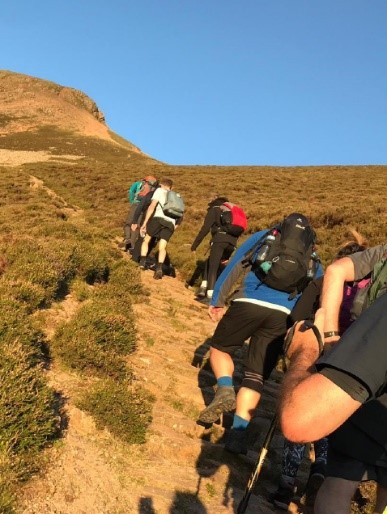 On Saturday 21st September 2019, 2 members of the Land Team (Alice and Isabella) and 8 other MGH employees stepped onto the foot of Red Pike mountain at 0630hrs. Having trained for months they were ready to tackle one of the hardest challenges the UK has to offer…24 of the highest Lake District Peaks in 24 Hours.

The challenge was undertaken to raise money for our chosen charity Cherry Trees who specialise in supporting children with disabilities and their families. The trek itself was split into two 12-hour days with the first day taking on 11 peaks including Scafell Pike, England’s highest mountain. The second day would tackle the remaining 13 peaks including the famous Helvellyn Mountain.